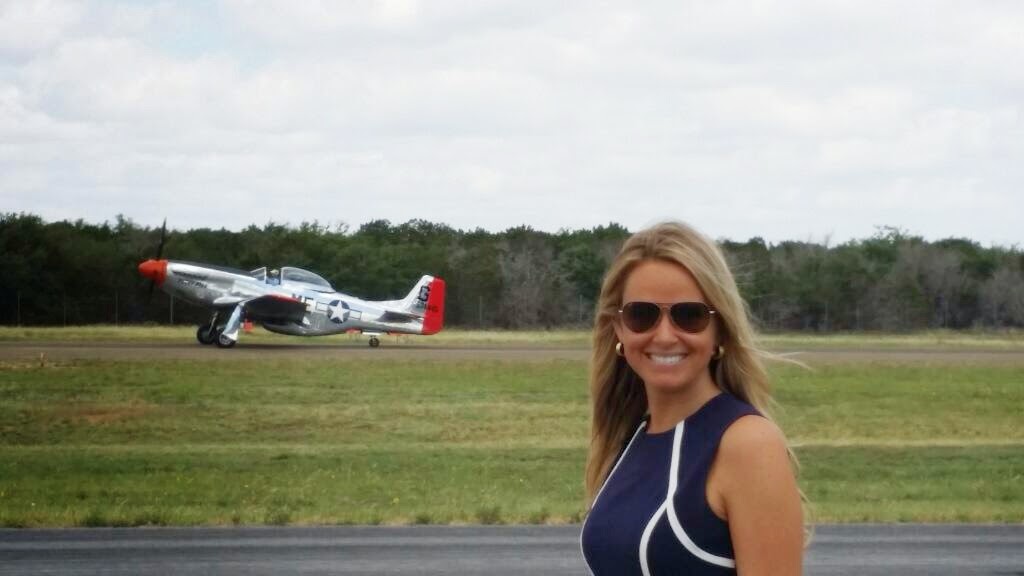 My good friend, John Burkhardt (one of my “adopted fathers” and Vietnam Veteran with one helluva story) who I’ve done a lot of military events with, both in the non-profit sector as well as with the Military Order of the Purple Heart, Chapter 1919, called me and said he had someone he’d like me to meet and interview on camera. A few days later, I drove out to Burnet, TX (an hour NorthWest of Austin) and was introduced to a really great group of people that run a non-profit called Freedom Flyers. There were some beautiful vintage planes in the hangar in silver, yellow and brightly colored logos on the sides. I met my photographer (Jim “JC” Connors) and the FF crew and then I met a new hero of mine.

Rufus Dye Jr. was a Fighter Pilot on a P-38 “Lightning” plane while serving in World War II.
On September 8, 1944, Rufus had been ordered to conduct a late mission in the evening in Germany. While in flight, Rufus noticed his wingman had separated himself and realized his plane was on fire. He knew his only option was to bail out. When he did so, he hit the tail of the plane injuring both ankles and his back but despite his injuries, was very fortunate because the plane exploded just after.
He parachuted down into a potato field about a quarter of a mile away from a large mass of retreating German troops. Rufus was sure he’d been spotted and was certain the troops saw the plane explosion. Crawling out to the nearest road, Rufus caught a break when a young Frenchman on a bicycle passed by. Rufus stopped the young man, struck a deal with him and was peddled into town and to safety where he was joined with some British troops. After a month of recovery, Rufus was sitting in a café enjoying some pastries and wine and his wingman and unit came walking down the street. They thought they’d seen a ghost as none of them had seen Rufus bail out, only the explosion. Re-united with his men, Rufus recovered and went on to serve another 24 years in the U.S. Air Force, both in the Korean War and the Vietnam War.
What a HERO. I have worked very closely with military from all branches for years now but have such a deep respect for this generation. They didn’t have the technology and communication that our troops are blessed with today. They are the foundation of our U.S. Military and have taught the American public the RIGHT way to treat and take care of our troops. 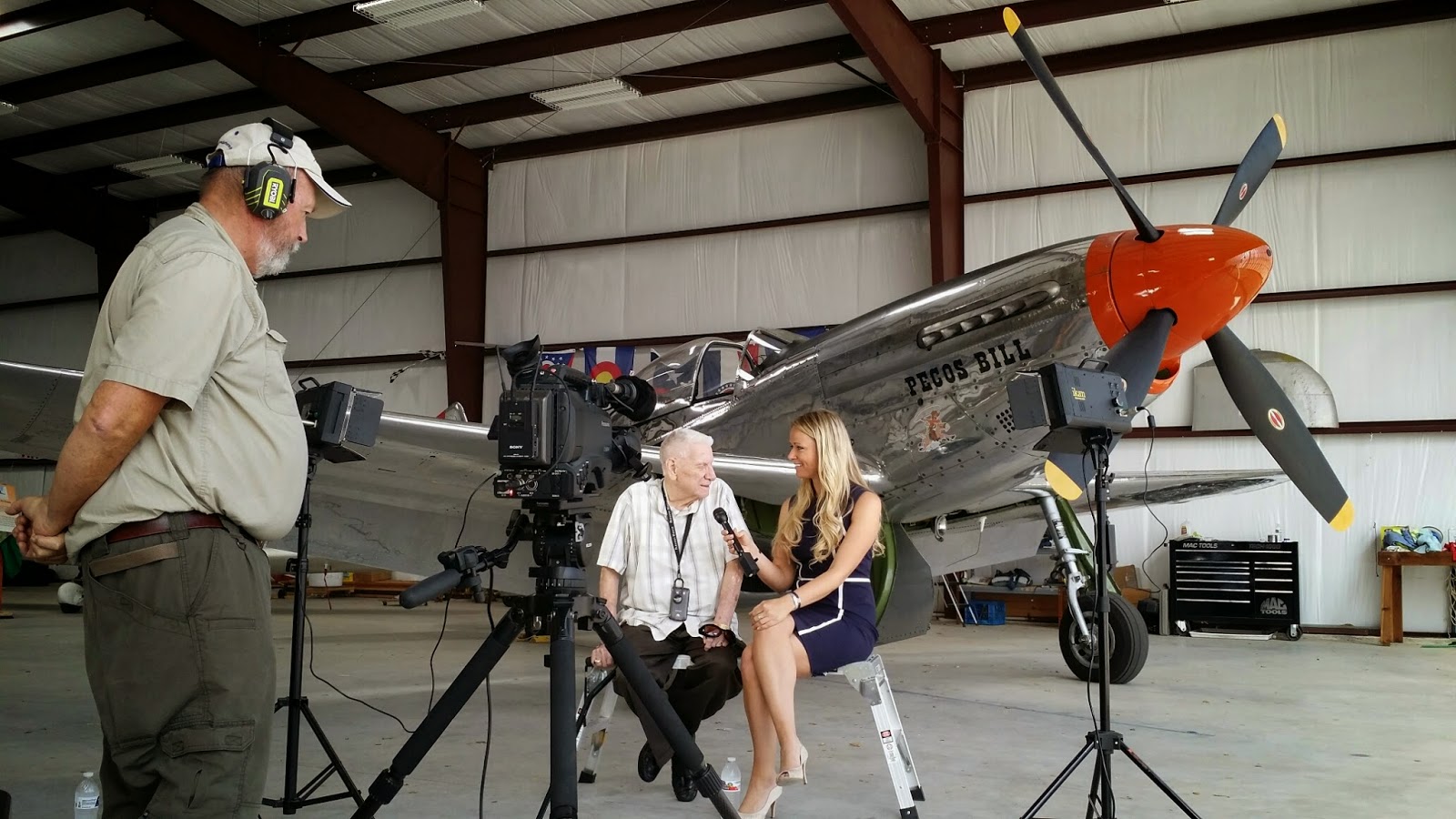 I was excited and humbled. A gentleman in full ACU’s greeted me and I later found out this was Rufus’ son, Col Michael Dye (active duty and on his THIRTY-FOURTH year of service). What a legacy the Dye family has and is continuing to create!)…
Rufus Dye came in with his walking cane although he gets around pretty well so I’m not sure the cane isn’t just a fun accessory ;)
One thing I will say about Rufus… He gives the best hugs. And he likes Texas women. Okay, I’ll say more than one thing about Rufus J It was by far the most fun interview I’ve done on camera. He not only has stories for weeks but he also is just so genuine and truly loves life.
I thought for a while about the questions I’d ask him, however, once the cameras started rolling, the impromptu session started. He loves life, he loves flying, he likes dancing, and he’d do it all again.

When I started to ask more about the plane he was about to take a ride in (P-51 Mustang) I found out he hasn’t been up in one in almost 4 decades. He started talking about “her” being “beautiful” and he couldn’t wait to get back up there and push that throttle forward and just “take off”. It was a love affair gone by that we were about to re-ignite. Even this serious combat war hero couldn’t hide his ear-to-ear grin.

The engine was LOUD, and even from inside the hangar you could feel the vibrations. It was a gorgeous silver bird with red tips on the front, back and wings and the passenger canopy was clear glass. When Rufus returned after about 15 minutes, the smile was even brighter than before.

In the post-interview, Rufus told me he didn’t want to return and was so thankful for the opportunity to get back up in the air. He said being up there reminded him of World War 2, of Korea and Vietnam. What a great day for Rufus and Freedom Flyers but most of all for me! To be able to see, meet and capture this great event was truly so humbling.